Vijay’s mother has a Wish 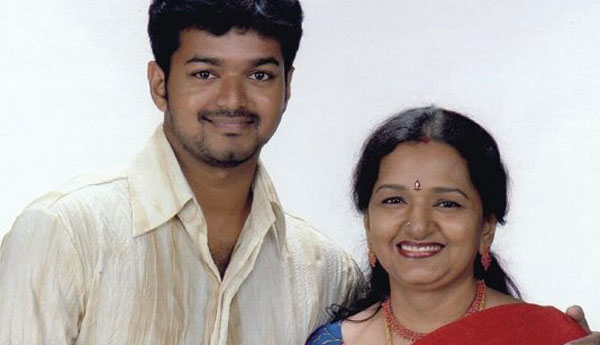 Actor Vijay is a very affectionate person. Not only as an actor but he has been a perfect son husband and father. He always loved his family especially his mother Shoba Chandrashekar. She is a singer and when she was singing in the concerts Vijay never missed those shows. In spite of his busy schedule he used to find some time for the concert.

Recently in an interview Vijay’s mother Shoba said that she has a wish. That she wants to play the role of Vijay’s mother in a film. Hearing this wish of her mother Actor Vijay was surprised. And has promised to fulfill his mother’s wish. Also Vijay wants his mother to play a promising role.

Vijay’s son has appeared in his movie Pookiri, his wife in Vettaikaran and recently his daughter in Theri. Also Vijay and his mother have already shared the screen for an advertisement as mother and son. Hope soon this wow factor will take place in a movie.