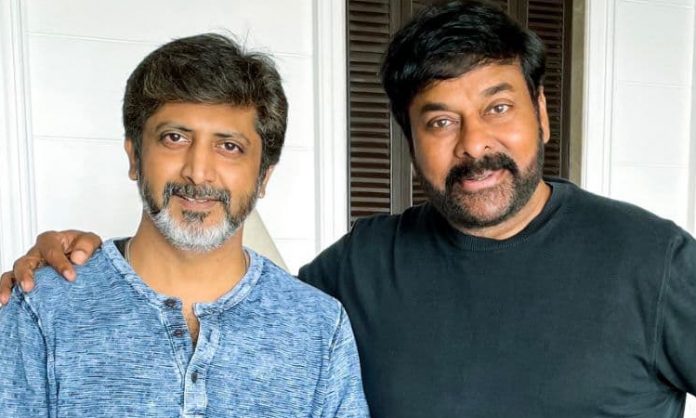 ‘Lucifer’ is the Malayalam action film of Mohanlal, directed by Prithviraj Sukumaran and released in 2019, which emerged as one of the top grossing Malayalam movies of all time. Tollywood Megastar Chiranjeevi bought the Telugu remake rights and is going to play the lead role.

To direct the remake, it was tried with many leading directors and finally decided with Mohan Raja who had made many successful remakes.

Presently Chiranjeevi is busy with his upcoming movie ‘Acharya’, directed by Koratala Siva, which is expected to be released on theatres, this year.

In the mean time, there was a rumor in the recent past, that director Mohan Raja has quit the Telugu remake project of ‘Lucifer’. But it was confirmed to be only a rumor by the message, by the producers of the remake, wishing happy birthday to Mohan Raja, on 30th May.

The ‘Konidela Pro Company’, who is the maker of the remake, in association with RB Chowdhary, has confirmed hat Mohan Raja is the director of the Project. Also they have confirmed that Nayanthara is reprising the lead role, headed by Manju Warrier in the original movie.