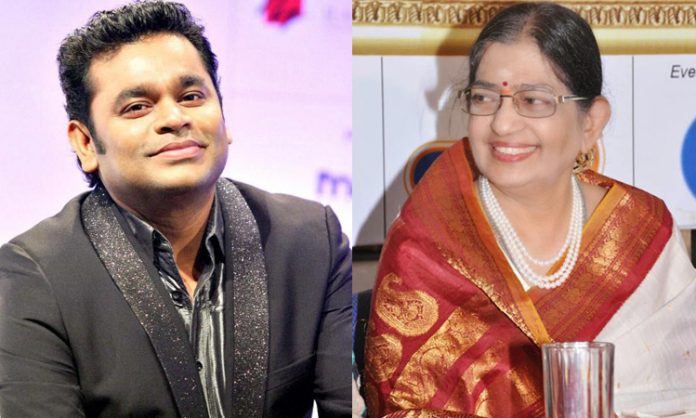 P Susheela, the South Indian music legend, has won 5 National Film Awards and numerous other awards, for her contribution to music over 6 decades. The melody queen, who was born in 1935 at Vizianagaram, in present Andhra Pradesh, is recognized by the Guinness Book of World records for singing most songs in Indian languages.

The 85 years old legendary singer has sought the help of composer AR Rahman in making her biopic, and the Oscar Award winner is exhilarated of the moment. The six times National Film Awards and two Academy Awards winner, AR Rahman has turned a film producer, with the musical romance film, ’99 Songs’, released in April 2021. Along with producing the film, AR Rahman has written the story, together with Vishwesh Krishnamoorthy, who is the director of the movie.

When P Susheela, watched the movie last month, on the request of Rahman, she liked the film, which was about a music man, aspiring to achieve great levels in the field. Carried away by the film, she has asked AR Rahman to help her for her biopic in the same manner. And Rahman is so excited that the film, which is his debut production, has inspired the legendary singer for making such a request to him.