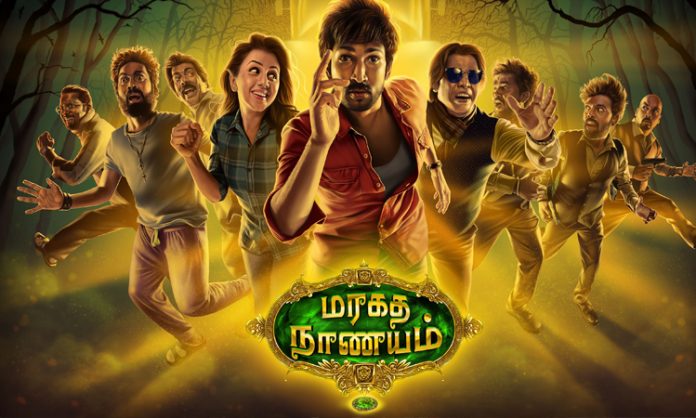 ‘Maragadha Naanayam’ was the 2017 released, Tamil fantasy comedy movie, produced by Dillibabu, written and directed by debutant ARK Saravanan. The cast of the movie included Aadhi and Nikki Galrani, in the lead roles and Anandaraj, Munishkanth, Daniel Annie Pope and many others in supporting roles. The movie received positive reviews and was a commercial hit.

Director Saravanan has come out with a script, he has made ready for the sequel to the hit film ‘Maragadha Naanayam’. The director, in his tweet on 30th May regarding this, has stated that he has narrated the gist of the story to producer Dilli Babu of Axess Film Factory. And before that he is going to work for a movie with ‘Sathya Jyothi Films’ and after that only he is going to start with the sequel. Also he has expressed his wish that Tamil Nadu should recover from the pandemic soon, and that is the prime need of the hour.

It is said that Saravanan is joining with Atharvaa for the new film, which is touted to be a comedy thriller.