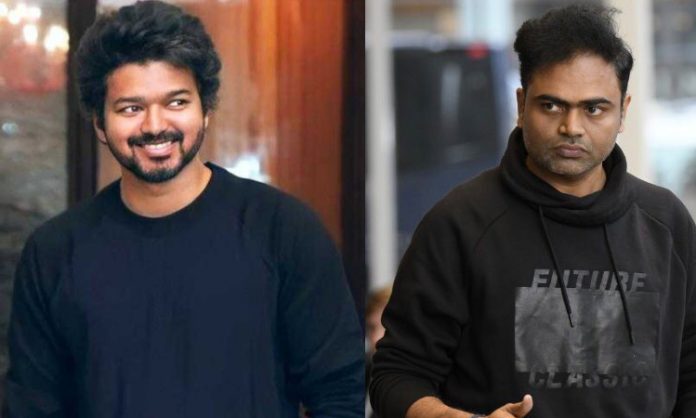 Vamshi Paidipally is the Tollywood director, who started his carrier as an assistant to director Jayanth C Paranjee, in the Telugu film ‘Eeswar’, starring Prabhas, released in 2002. Later he made his directorial debut ‘Munna’ in 2007, starring Prabhas and Ileana D’Cruz and produced by Dil Raju. And his directorial, ‘Maharshi’, starring Mahesh Babu, released in 2019, won the National Film Award for Best Popular Film Providing Wholesome Entertainment.

The latest buzz is that Thalapathy Vijay is joining hands with the ace Tollywood director, Vamshi Paidipally, for Thalapathy 66th movie. It is also said that the director has confirmed about Vijay joining him, in an interview in the Telugu media. And it is revealed that the movie will be bankrolled by producer Dil Raju. If it comes true, this will mark the grand debut of Thalapathy Vijay in the Telugu field. Also it is said that it will be a bilingual movie, produced simultaneously in Telugu and Tamil.

Vijay is expected to join with Vamshi, after the wrapping of ‘Thalapathy 65’ by Nelson Dilipkumar.