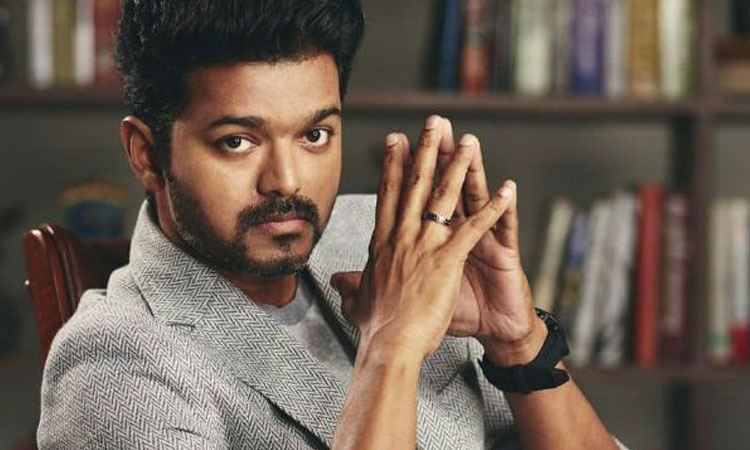 Joseph Vijay Chandraeskhar born on 22 Jun 1974 at Chennai, Tamil Nadu, is an Indian actor, dancer, playback singer and philanthropist working in Tamil film field. Vijay, who is referred to as ‘Thalapathy’ by his fans and the media, has acted in 64 movies and received numerous awards. He is the second highest paid actor in Tamil cinema and got enlisted in the Forbes India Celebrity 100 list seven times.

Vijay, doing lot of social services  through his fans association was honored with a Doctorate in 2007 by the Dr M G R Educational and Research Institute of the Dr M G R Medical University, appreciating his contribution to social welfare and his achievements in the film industry.

Vijay started his film carrier at the age of 10 as a child actor, in his father’s movie, ‘Vetri’  in 1984 and did his debut lead role in 1992 in ‘Naalaiya Theerpu’, which was also his father’s directorial, written and produced by his mother.

Prefixing of the title, ‘Ilaya Thalapathy’, before Vijay’s name, started with his first successful movie, ‘Rasigan’ in 1994. The 1996 movie, ‘Poove Unakkaga’, directed by Vikraman was Vijay’s first acclaimed performance and a breakthrough in his carrier.

Vijay’s super hit movie ‘Gilli’, released in 2004 completed 200 days in theatres and set Box office records in Tamil Nadu as well as in Kerala. In 2008 Vijay was honored with people’s choice Superstar award. Another super hit of Vijay, ‘Thuppakki’, released in 2012 grossed over 180 crores.

The action thriller ‘Mersal’, released in 2017 grossed over 250 Crores. In 2018, the political film, ‘Sarkar’ with lot of controversies, grossed over 100 crores within two days. The last release of Vijay, the sports action movie ‘Bigil’ released in October 2019, grossed over 285 crores, breaking Vijay’s own earlier records.

Apart from numerous Nominations, Vijay has won over 30 Awards including 2 Tamil Nadu State Film Awards, 9 Vijay Awards and 1 SIIMA Award. Vijay was honored with a Doctorate by Dr M G R Medical University in 2007 and Tamil Nadu Government’s ‘Kalaimamani’ in 1998.