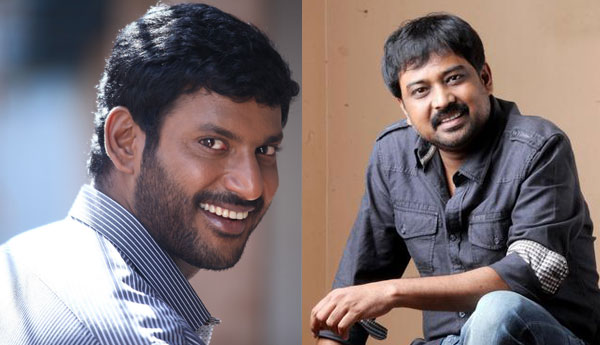 After the success of Marudhu Actor Vishal is doing a movie under the direction of Suraj. The movie is titled as ‘Kaththi Sandai’, in which Tamannah I s doing his pair and Vadivelu, Soori are doing important roles. Next to this he got committed for the film ‘Thupparivaalan’ directed by Mysskin.

Director Lingusamy has approached Vishal before for the sequel of the super hit movie and Vishal accepted to do that. But it was heard that the director dropped the project without any intimation to the actor and has got into a Telugu movie.