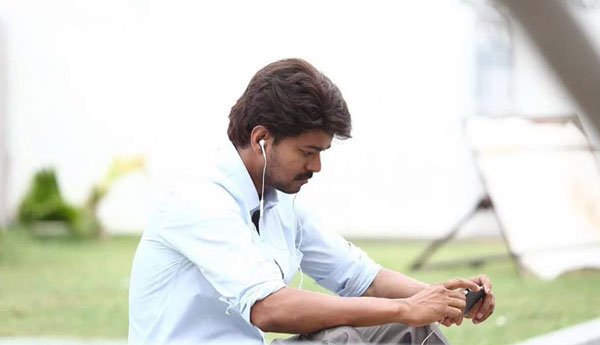 Vijay 60, the next project of Vijay is directed by Bharathan and Produced by Barathan. As known before Vijay is doing dual role for this film. Recently information says that the actor is losing weight to adopt one of the dual roles.

The filming of Vijaya’s 60th movie commences on April 2016 and most of the shoot of the previous schedules was done in Hyderabad Ramoji Film City. And the next schedule is to start soon.  In this the surprising element is Vijay will be reducing about 10kgs for this character, as he has to look very young.

Also its aired that there will be scenes shoot in college, it seems Vijay will be doing as college student. Before it was in 2012, he did as college student for ‘Nanban’. This will be an unusual thing because Vijay doesn’t change his physical appearance for movies.