Home News Vijay and Atlee to reunite for ‘Vijay 61’
News

Vijay and Atlee to reunite for ‘Vijay 61’ 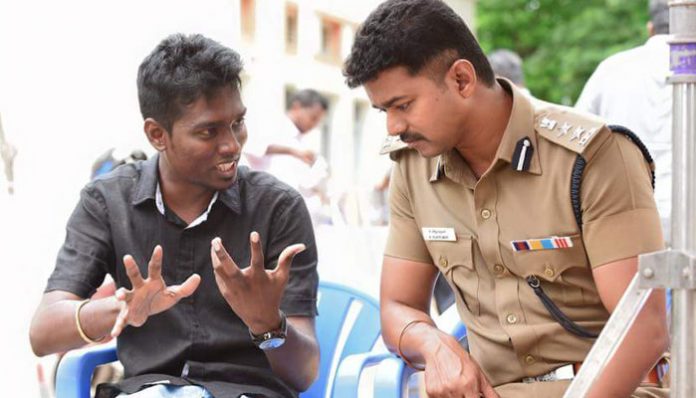 The well known production house Thenandal Films is reaching its milestone of hundredth film. For this the company has planned to do an ever big budget historical movie, which is to be directed by Sundar C. When the team approached Vijay for this film, the actor has hesitated since his previous historical fantasy ‘Puli’ didn’t go well. Also the actor has promised that he will be giving dates for another flick.

Currently Vijay is doing his 60th movie ‘Bhairavaa’ in Bharathan’s direction, the movie is almost in completing stage and is scheduled for Pongal release. Now the expectation about Vijay’s 61st film has increased. Sources say that, Vijay’s next after Bhairavaa will be funded by Thenandal Films. For this the actor has recommended director Atlee, who gave him the hit movie ‘Their’. And this 61st movie of Vijay will commence by February 2017. But nothing has been confirmed officially.