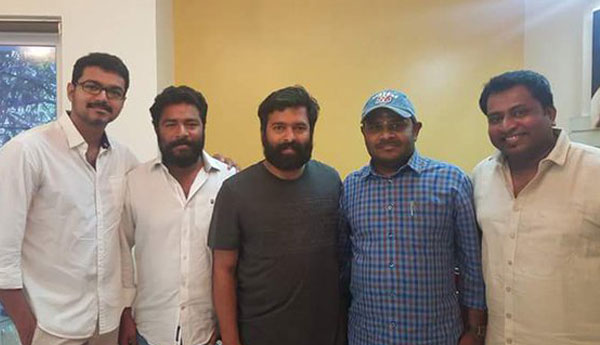 Vijay’s 60th movie is being directed by Baharathan, who directed his movie ‘Azhagiya Tamil Magan’. The interesting thing is as in ATM this movie also Vijay is doing dual role. And in one of those roles he is speaking Nellai slang.

The filming started by the month of April, went on in full swing and the second phase of shooting was completed in a studio at Chennai last week. The third phase of shoot is planned to start on June 4th.