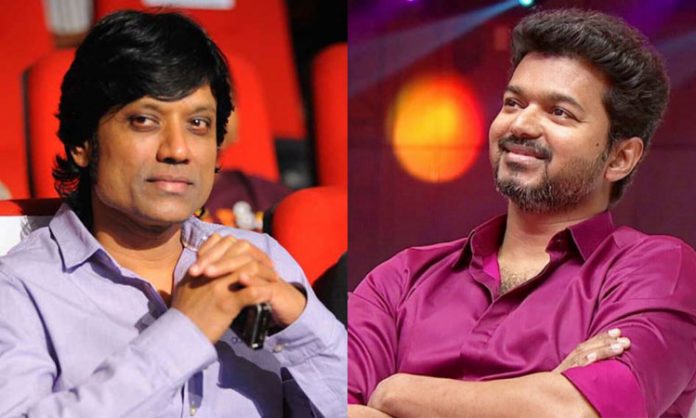 Actor Vijay’s 64th film is ‘Master’, which is announced to be released in January, on the Pongal holidays. But the discussions on Vijay’s 65th film are in the media since long. Especially about the director of ‘Thalapathy 65’, discussions were going wild, after AR Murugadoss had withdrawn himself from the project.

Many directors’ names were in the discussed list, including Magizh Thirumeni, Nelson, Perarasu, Mohan Raja and Hari. It was said that director Perarasu had a bright chance and also that Vijay liked the story narrated by Nelson.

At this situation, the latest news is that Vijay is interested in the story told by director SJ Surya who has entered the list of ‘Thalapathy 65’ directors, recently. It is noteworthy that Vijay’s 2000 released movie, ‘Kushi’, directed by SJ Surya, was a Super hit. Also SJ Surya played the antagonist in Vijay’s recent movie, ‘Mersal’.

The new story, narrated by SJ Surya, is said to be liked by Vijay very much, as it comprises of all the entertainment features like romance, thrill and action. But it seems, Vijay has not yet decided whom to join hands with, for ‘Thalapathy 65’.

Definitely we can expect another blockbuster, if the hit pair joins once again.