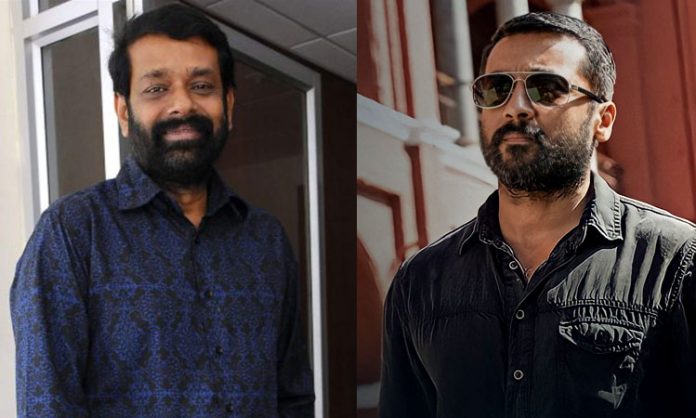 Suriya is one of the leading actors of the South Indian Film field who started his film carrier in 1997 in ‘Nerrukku Ner’, written and directed by Vasanth. Later, Suriya established himself as a wonderful actor and received numerous awards for his acting. And in his recent movie, ‘Soorarai Pottru’ which was released two days before this Deepavali, Suriya has exhibited his never ever, excellent performance.

The movie received critical acclaims and praises are pouring from all directions, on Director Sudha Kongara, the team and especially Suriya. Over all the above, Director Vasanth, who directed the debutant Suriya in 1997, has written a letter to Suriya, appreciating his acting in the movie.

The director has mentioned in the letter that the appreciation is not to Suriya but to Nedumaaran Rajangam, the character in which Suriya lived. Suriya has exhibited his excellent acting in many movies, but this is the peak at present. In every situation Nedumaaran looses in his life, Suriya wins in his acting. Suriya brings the character live, so naturally, without any exaggeration and perfectly.

Also Director Vasanth has expressed his excitement to Suriya as ‘You are my seed and you are my tree. And you are my pride and I can’t just express in words how much I feel proud of you! I rejoice in you!’