Suriya and Gautham Menon, joined again in a project! 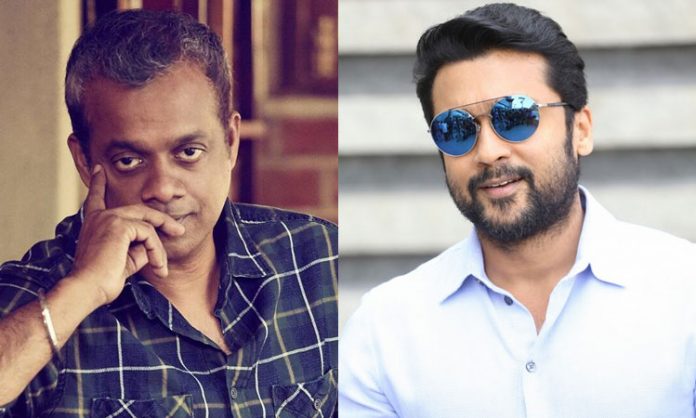 Cinematographer PC Sreeram had announced, that his next project after the lockdown would be a web series with Gautham Menon, for Amazon. Concerned with that, a couple of days back, he has said that he is in the shoot of the web film, directed by Gautham Menon starring Suriya and that it is so energetic in the sets.

The earlier ventures of Suriya with Gautham Menon, ‘Kaakha Kaakha’, in 2003 and ‘Vaaranam Aayiram’, in 2008 were Super hits and were the major turning points in Suriya’s film carrier. Both were well received and fetched awards for both.

And for the third time Suriya and Gautham Menon joined for ‘Dhruva Ntchathiram’ in 2013, but Surya opted out of the movie with some statements on Gautham Menon. And it was felt that they may not join ever again.

But in September 2019, Gautham Menon, mentioned that he would be joining with Surya in a project. And now PC Sreeram is confirming that the pair is together in a project.

We can expect the successful pair, which has joined for a web film, will definitely join soon for a feature film.