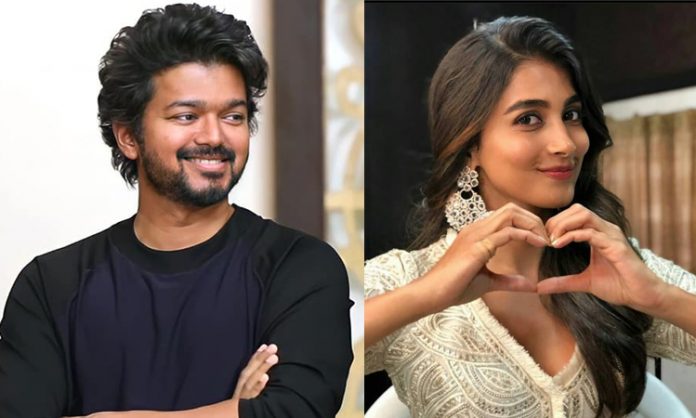 Actress Pooja Hegde has expressed her desire to work with Vijay in ‘Thalapathy 65’.

Pooja Hegde, who was nominated twice for the Film fare Awards South, has acted in 12 movies and having 4 more upcoming movies, all in Telugu and Hindi, except for her debut movie in Tamil.

The second runner up of 2010 Miss Universe India, was introduced to the film industry in 2012 with the Tamil Superhero movie, ‘Mugamoodi’, written and directed by Mysskin. And that was the only Tamil movie of Pooja Hegde and later on she became busy in Telugu and Hindi.

And there is news that Rashmika Mandanna or Pooja Hegde may pair Vijay in ‘Thalapathy 65’, directed by Nelson Dilipkumar and produced by the ‘Sun Pictures’. Anirudh and Manoj Paramahamsa are already in the crew of ‘Thalapathy 65’ as the music director and cinematographer and the rest of the cast and crew selection is going on in full swing.

Both the actresses have been approached for the lead role opposite Vijay and Pooja Hegde seems to be interested. She has said that she is interested in Tamil movies as her debut acting was in a Tamil movie and she would be happy if she gets a chance to act in this beautiful movie.