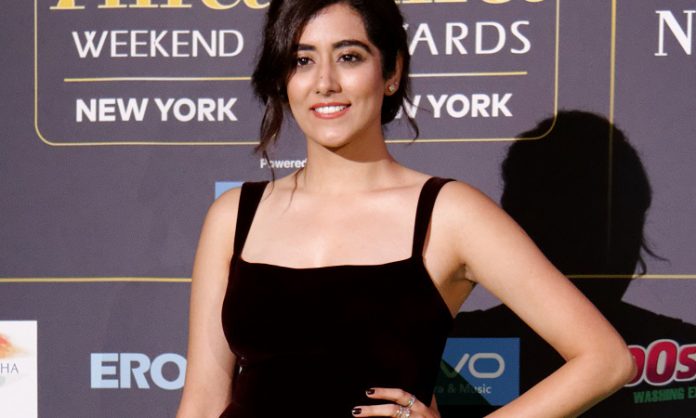 Playback singer Jonita Gandhi is playing the female lead of the movie produced by Vignesh Shivan.

Vignesh Shivan, the lyricist, writer and director, established himself as a successful director with ‘Naanum Rowdydhaan’, released in 2015. Presently he is directing the romance movie ‘Kaathu Vaakula Rendu Kaadhal’, starring Vijay Sethupathi, Nayanthara and Samantha Akkineni.  Also Vignesh Shivan is one of the producers of the movie under his banner ‘Rowdy Pictures’.

The Production Company, ‘Rowdy Pictures’ is formed by Vignesh Shivan and Nayanthara together and they produced some selective movies like ‘Rocky’, ‘Nettrikkan’ and ‘Koozhangal’.

Recently Vignesh Shivan announced a new project of the ‘Rowdy Pictures’, which is directed by V Vinayak, who was an assistant to him. The shoots of the movie had started already at Chennai and there were no further updates.

‘Rowdy Pictures’ has disclosed in their official Twitter page on 27th February that the movie is titled, ‘Walking Talking Strawberry Ice cream’ and actor Krishnakumar, who costarred Suriya in ‘Soorarai Pottru’, is playing the lead. And the popular singer Jonita Gandhi is playing the female lead. Jonita was recently talked about, for her single, ’Chellama’, in Sivakarthikeyan’s movie, ‘Doctor’.

After the first schedule at Chennai, the next schedule of the movie is planned at Pondicherry.