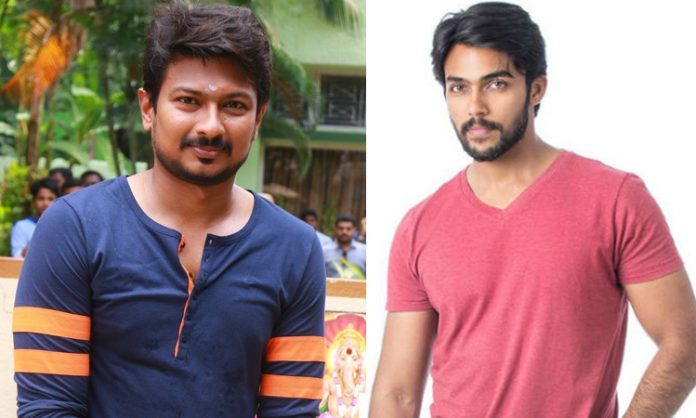 After his fine performance as a visually impaired in director Mysskin’s ‘Psyco’, released in January 2020, Udhayanidhi Stalin is working with Magizh Thirumeni in a new movie. Udhayanidhi’s ‘Red Giant Movies’ is producing the film and Nidhhi Agerwal is playing the lead role opposite Udhayanidhi in the movie.

‘Bigg Boss’ fame, actor Aarav is playing the antagonist of the movie.

Aarav gained fame after his negative role in the 2016 psychological thriller, ‘Saithan’, written and directed by Pradeep Krishnamoorthy. After contesting in and winning the first season of the reality TV show ‘Bigg Boss’ in 2017, he started getting lead roles. But he got impressed by the story of the new movie with Udhayanidhi and has readily agreed to play the antagonist.

Udhayanidhi is in active politics and the time is very crucial for him as he has to attend the campaigns for the oncoming Tamil Nadu Assembly Elections, which is announced for 6th April. But he is managing to participate in the shoots of the committed movies.

The shoots of the new movie commenced in the month of November 2020 and almost 45% of the filming is completed. After few important shots at Trichy, the filming is wrapped for time being and is said to continue after the elections.