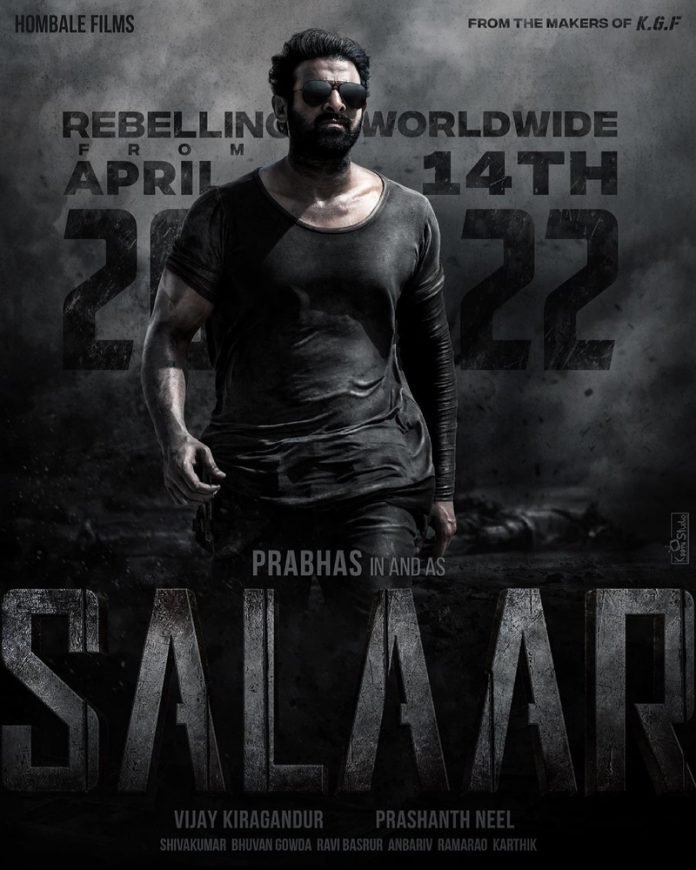 The release date of the upcoming action thriller, ‘Salaar’, starring Prabhas is announced by the team.

The action thriller of Prabhas, written and directed by Prashanth Neel is produced by Vijay Kiragandur at a mega budget of 150 crores. Vijay Kiragandur’s ‘Hombale Films’ have produced the Mega budget movies, ‘K.G.F: Chapter 1’ and ‘K.G.F: Chapter 2’, which were also directed by Prashanth Neel. The ‘Chapter 1’, released in December 2018 and was a blockbuster grossing 250 crores. ‘Chapter 2’ is in the post production stage and announced to be released in July 2021.

After the blockbusters ‘Baahubali’ and ‘Baahubali 2’, Prabhas’s mega budget movie, ‘Saaho’, written and directed by Sujeeth, released in August 2019 and grossed over 400 crores.

‘Salaar’ is the first time collaboration of Prabhas with Prashanth Neel and the same crew of the K.G.F Chapters is working for ‘Salaar’ also. The film was announced in December 2020 and started rolling from the end of January 2021. Shruti Haasan is playing the female lead of the movie.

‘Salaar’ is simultaneously shot in Kannada and Telugu and the filming is presently going on at Godavarikhani in Telangana. The release date is announced towards the summer holidays of next year as 14th April 2022. The movie is to be released in Kannada, Telugu, Tamil and Malayalam and also in Hindi.