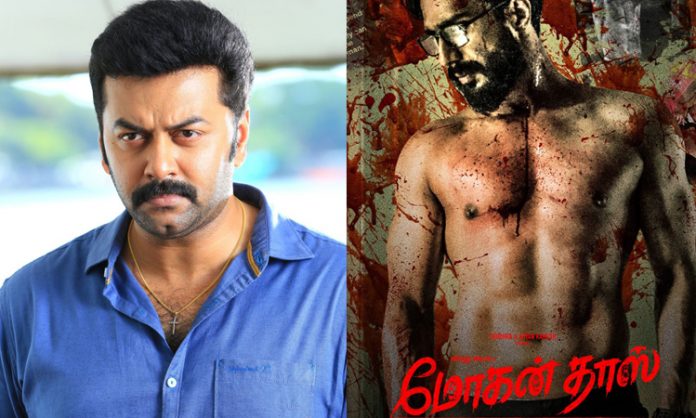 Vishnu Vishal is one of the busy actors of the Tamil Film field and after his last release, ‘Silukkuvarupatti Singam’, released in December 2018; his 4 movies are in line. The bilingual movie ‘Kaadan’, is completed and releasing on March 26th. Another movie ‘Jagajaala Killadi’ is also said to be complete and ready for release.

In the next movie, ‘F.I.R’, written and directed by Manu Anand, Vishnu Vishal is costarring with Gautham Menon, Reba Monica John, Manjima Mohan and Raiza Wilson. The film is produced by Vishnu Vishal and is in the post production stage. This movie is also getting released during the coming summer holidays.

Following these Vishnu Vishal is going to act in ‘Mohandas’, under his own production. The movie is directed by Murali Karthick, who wrote and directed ‘Kalavu’, released in February 2019. Aishwarya Rajesh is pairing Vishnu Vishal in the new movie. KS Sundaramurthy is scoring the music for the movie, while Vignesh Rajagopalan is cranking the camera.

The Mollywood actor, Indhrajith Sukumaran, who acted in Karthick Naren’s movie, ‘Naragasooran’, is roped in for a key role in the movie. And the team is keen to start the shoots soon.