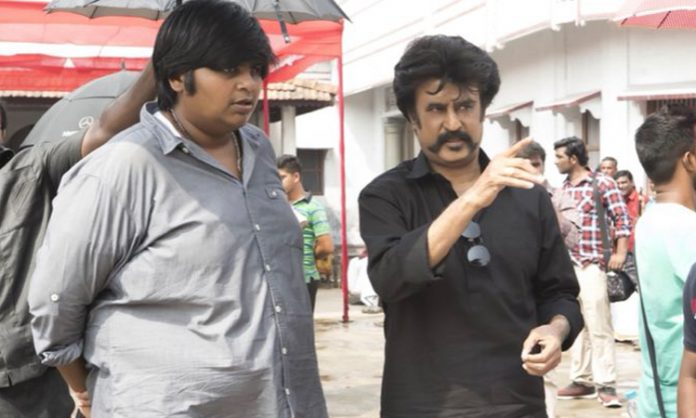 Young director Karthik Subbaraj, who directed Rajinikanth’s ‘Petta’, released in January 2019, is likely to direct another movie with the Superstar.

The Superstar, after deciding to keep away from active politics, seems to be turning towards acting again. After completing ‘Annaatthe’, he is likely to join with Karthik Subbaraj for a new movie.

Director Karthik Subbaraj, who made his debut in 2012, with the horror movie, ‘Pizza’, which received high acclamations from the critics and won as good as 10 awards. And his next movie ‘Jgarthanda’ of 2014, bagged over 20 awards.

Karthik Subbaraj’s other movies also received positive reviews and the Super star’s movie, ‘Petta’ became a blockbuster, despite its mixed reviews. Karthik Subbaraj has just completed the works of ‘Jagame Thandhiram’, starring Dhanush and the movie is releasing soon in Netflix.

And the director is joining Vikram in ‘Chiyaan 60’ and only after that; he is expected to direct the movie with Superstar Rajinikanth.

Meanwhile it is said that Rajinikanth had talked to director KS Ravikumar, regarding ‘Rana’, which was shelved soon after its start in 2011, and the director also is interested, it seems.

Only after the completion of ‘Annaatthe’, we shall know, with whom the Superstar is joining for the next.