Ajay Gnanamuthu’s ‘Cobra’ team: at a popular University in Russia! 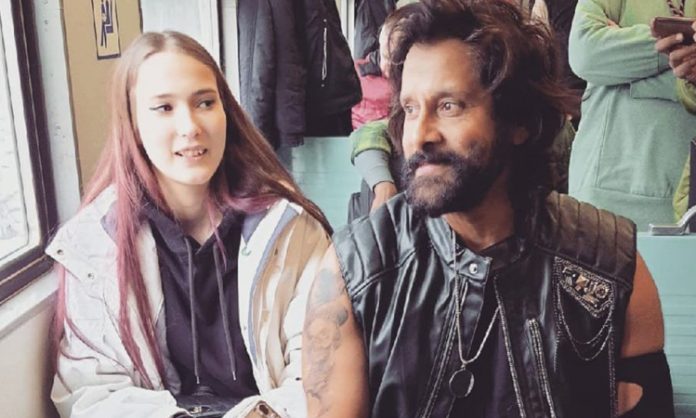 Some important scenes of ‘Cobra’, starring Vikram and directed by Ajay Gnanamuthu, are shot in a popular University at Russia.

The young director R Ajai Gnanamuthu, started his carrier with the horror thriller ‘Demonte Colony’, released in 2015, followed by the psychological thriller, ‘Imaikkaa Nodigal’ in 2018. Both were critically acclaimed and were success. Now the director has joined with Vikram, for the former’s third venture and the project was started in October 2019.

The film has an ensemble cast with Srinidhi Shetty, Miya, KS Ravikumar, Babu Antony, Mamukkoya, Robo Shankar, Padmapriya and Kanika. Cricketer Irfan Pathan is also playing a key role in the movie. AR Rahman is scoring the music and Harish Kannan and Bhuvan Srinivasan are doing the cinematography and editing.

After the delay due to the pandemic, the final schedule of the movie is going on at Russia and some crucial shots are made at the St Petersburg State University at Leningrad, Russia. It is said that Vikram is doing a seminar at the University, as per the story, on forensics.

Vikram is said to portray several getups in the film which is expected to be the hat trick hit for Ajay Gnanamuthu. The shoots are expected to be wrapped in few days and the movie will move on to the post production.