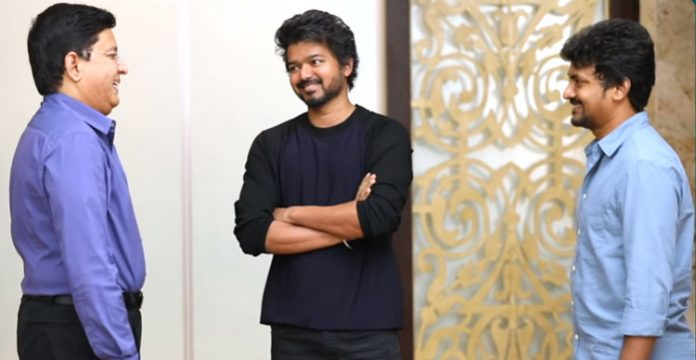 The long pending question on ‘Thalapathy 65’, who is the director, is cleared now.

After director AR Murugadoss stepped out from the project in October, the question, who is directing ‘Thalapathy 65’, became the talk of the town. While the names of many leading directors were being discussed, news during the first week of November highlighted the name, Nelson Dilipkumar stating that the movie would be a full and full comedy entertainer.

After a couple of weeks, it was said that Vijay liked the story narrated by SJ Surya, which had all the entertaining elements and the pair had already proved successful in 2000 released ‘Kushi’.

And the producer, the Sun Pictures, has cleared the air now; by declaring officially that Nelson is directing ‘Thalapathy 65’ and Anirudh is going to score the music of the move.

Nelson Dilipkumar is the recipient of the Norway Tamil Film Festival Award for the Best Screenplay and the SIIMA Award for the Best Debut Director, both for his fist directorial, ‘Kolamavu Kokila’. He is presently in the final stage of his second movie, ‘Doctor’, with Sivakarthikeyan and is expected to start the works of ‘Thalapath 65’, soon.