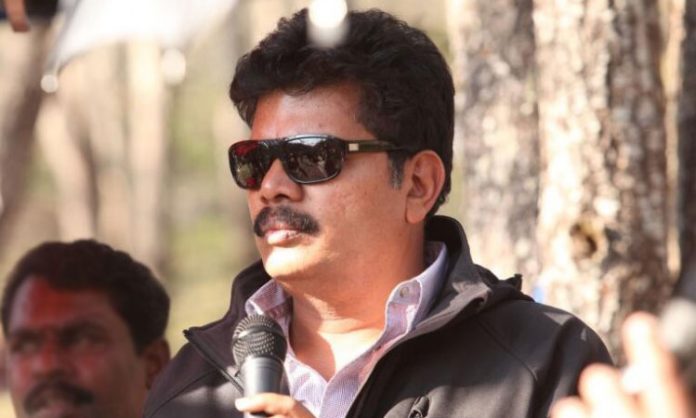 Director Shankar has tweeted about the recent movies, especially the technical aspects, which he enjoyed the most.

The present project of Shankar is Kamal’s ‘Indian 2’, the filming of which started in early 2019. And got delayed initially due to the General Elections in May, in which the lead actor Kamal took an active part. Resumed at the end of May and many schedules were shot in various Cities of India. And in February 2020, a major accident occurred at the sets, causing further delay and followed by the pandemic.

‘Indian 2’ is yet to be resumed and director Shankar, in his leisure time, is watching new movies and tweeting about the works he enjoyed the most. The movies, director Shankar enjoyed recently, are ‘Soorarai Pottru’, ‘Andhaghaaram’ and Malayalm ‘Jallikattu’.

Shankar has tweeted that he enjoyed the soulful music of composer GV Prakash in Suriya’s  ‘Sooraraipottru’. Also he enjoyed Vignarajan’s ‘Andhaghaaram’ for the excellent cinematography of Edwin Sakay. And the really different background score of Prashant Pillai, made him to enjoy last year’s Malayalam hit, ‘Jallikattu’.

Hope this tweet will be a great encouragement for the upcoming technical crew, to be praised by one of the greatest film makers of India.

The filming of the Dhanush’ movie 'Karnan’, directed by Mari Selvaraj, is completed and the post production works have started. The movie is produced by...
Read more
News

The upcoming movie of Ajith with director H Vinoth is ‘Valimai’, which is expected to be in theatres for the Pongal festival. But due...
Read more
News

The selfie, tweeted by Vijay from the sets of ‘Master’ in February, has emerged as the tweet which is retweeted for the maximum number...
Read more
News

The filming of Superstar Rajinikanh’s ‘Annaatthe’ was postponed, on detecting Corona positive for 4 crew members at Hyderabad. It is informed by the producer,...
Read more
News

Twitter India has launched a dedicated emoji to the most awaited movie of Vijay, ‘Master’. The special emoji is launched on the New Year...
Read more
News

Yuvan Shankar Raja is scoring the music for the new movie of Selvaraghavan with Dhanush, confirmed by the director in his Twitter page. Earlier it...
Read more