Maanagaram and Kaithi to be made in Hindi 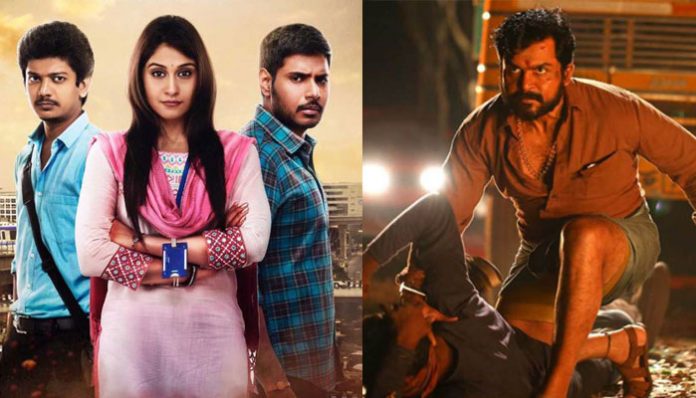 Director Lokesh Kanagaraj gave his debut through the action-thriller Maanagaram, his second movie Kaithi was a massive success. The release of his third movie Master starring Vijay and Vijay Sethupathi got postponed due to lockdown. Now Lokesh Kanagaraj’s is to work with Kamal Hassan and that project is named as “Evanendru Ninaithaai”, the movie is under preproduction.

As per the early announcement in Kaithi’s Hindi remake lead role will be played by Ajay Devgan and movie will be produced by Reliance Entertainment in association with Dream Warrior Pictures.

Now there is a talk that, Lokesh Kanagaraj’s debutant movie Maanagaram is also going for remake in Hindi. The Ace Cinematographer Santosh Sivan may direct this film. Bollywood actor Vikrant Massey Singh will be playing the lead role and Sanjai Mishra in the supporting role. The original movie Maanagaram was an action thriller and it was produced by S.R. Prabhu, music by Javed Riaz. Actors Sundeep Kishan, Sri and Regina Cassandra were in the lead roles.

The shooting of Maanagaram remake will begin on the second week of January 2021.Let’s wait and watch will this Hindi version of Maanagaram will win the hearts of the audience.