Lyca to produce the Hindi remake of Kaththi 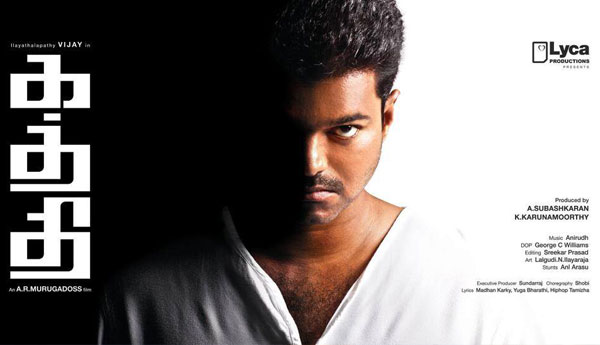 Kaththi was the first movie produced by the Lyca Productions. Initially this movie faced a lot of problem to get released, but somehow the team managed to release Kaththi and that was one of the hits of the year. After Kaththi the production house has produced and distributed few movies. They are now producing some of the most expected flicks 2.O and Sabaash Naidu.

Now the Lyca Productions is to produce the Hindi remake of Kaththi which is titled as Ikka, this will be directed by the assistant director A R Murugadoss. And it’s officially confirmed that, in the Hindi remake Akshay Kumar is to take up the role of Vijay. It is to be noted that Akshay has done as Villain in Rajinikanth’s 2.O, which is also produced by Lyca. Also it’s worth saying that Kaththi is also made in Telugu.