Vijay 60 to continue the trend from Thuppakki 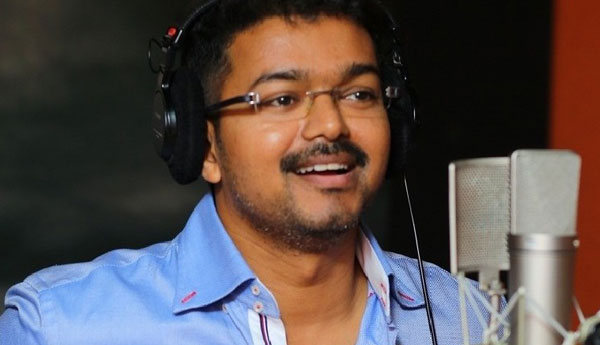 Vijay 60 movie directed by Bharathan is in the making stage and two phase of shot is already done. Keerthy Suresh the trending actress is pairing with Vijay for the first time. Also it was revealed that Vijay will appear in two getups for this movie.

As we all know other than acting Vijay is a good singer and has sung few songs in his movies. For his previous six movies he has sung a song and now this chain is to be continued in Vijay 60 also.

The music director of Vijay 60 Santhosh Narayanan has requested Vijay to sing a song for Vijay 60. And the actor has nodded head for the request. Hope this song will be recorded soon. The team has planned to release the first look and teaser on September, Audio launch by November and Movie to be released for pongal.