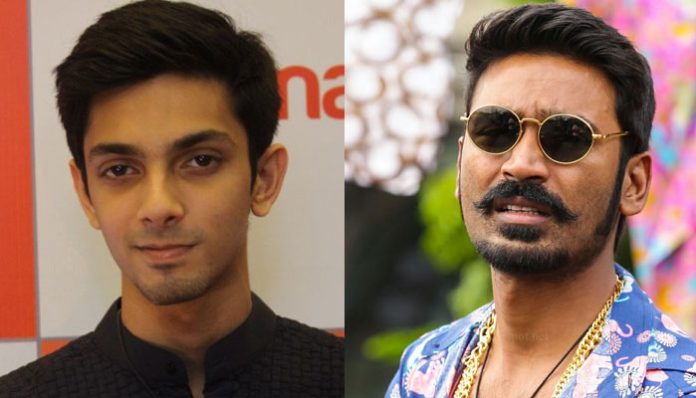 Dhanush, who was a great support in Anirudh’s musical carrier, has recently unfollowed Anirudh in Twitter. Anirudh made his debut music in Dhanush starring 3, directed by AishwaryaDhanush. From that he has done music in most of the Dhanush films. And all music albums in their combo were big hits like 3, Velaiyilla Pattathari, Maari and Thanga Magan. Also he has done music for Ethir Neechal, Kaaki Sattai and Naanum Rowdydhaan produced by Dhanush.

But after Thanga Magan, Anirudh was not in any movies of Dhanush. Thodari’s music was by D Imman, but there is nothing to wonder in D Imman doing music for a Prabu Solomon’s film. But Anirudh is not there in Dhanush’s upcoming movies Kodi, Vada Chennai and Yennai Nooki Paayum Thoota. It seems like Anirudh has been purposely avoided, as the previous movies of Kodi director had Anirudh for music.

More than anything Anirudh is not there in Power Pandi, to be directed and produced by Dhanush. Also recently the actor has clicked unfollow on Anirudh’s Twitter page. All this makes clear that there is something wrong in their relationship. But Anirudh has wished on the release of Thodari, he has tweeted that, ‘Best wishes bro @dhanushkraja for yet another success story through #Thodari’. Hope soon Dhanush and Anirudh will patch-up.