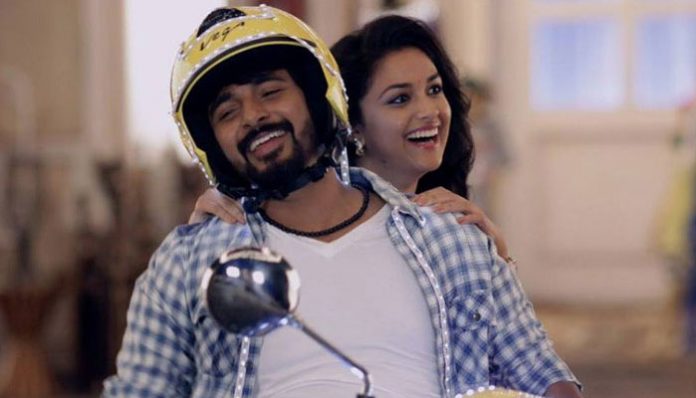 After the great success of Rajinimurugan, Sivakarthikeyan and Keerthy Suresh are again pairing up in Remo. This movie is directed by the debutant Bakkiyaraj Kannan.  The soundtrack album by Anirudh Ravichander has been released and was highly liked by most. And the movie is scheduled for release on 7th October.

Recently the trailer of the movie was released, which is trending now online. Seeing the trailer it seems like inspired from a Hollywood movie ‘Tootsie’, which is a comedy movie about a man who wants to become an actor. In which the hero happens to disguise as a woman to prove his skills.

The Remo trailer also has scenes resembling ‘Tootsie’, Sivakarthikeyan dreams of becoming a great Star like Rajinikanth and he approaches director Ravikumar for a chance to act. The director says that, the hero of the movie must do as a nurse in lady getup. Sivakarthikeyan accepting this disguises as a nurse and works in the same hospital where the heroine Keerthy Suresh is a doctor. Thus the story plot of Remo and Tootsie looks similar. Lets wait to see what explanation the team will give for this.