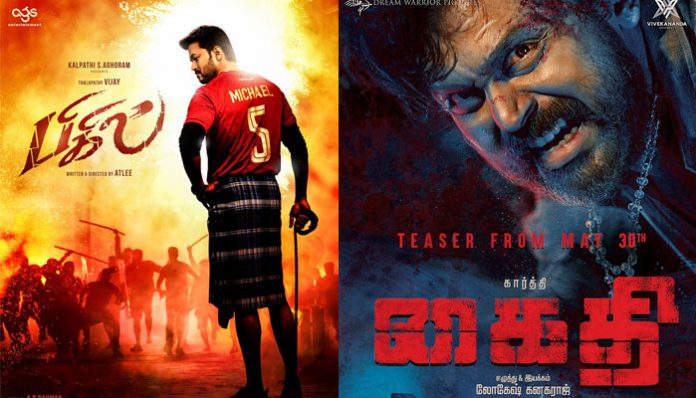 Bigil – Kaithi: After Vijay’s speech in Bigil audio launch function, the movie is facing many issues including story theft and many social problems. But the production team managed to solve these problems and now the movie is ready for Diwali release.

Recently the government has warned the theaters, not to screen early morning shows for Diwali. This created a big disappointment among the theater owners and the fans. The Kollywood circle says that this is revenge against the actor’s speech. Being so, not only Bigil the other movie for the Diwali release Kaithi is also affected by this sudden action.

And now in contrast government has declared the next day of Diwali as a holiday. This is really good news to the theater owners, since this holiday would pull a lot of crowd for the movies.