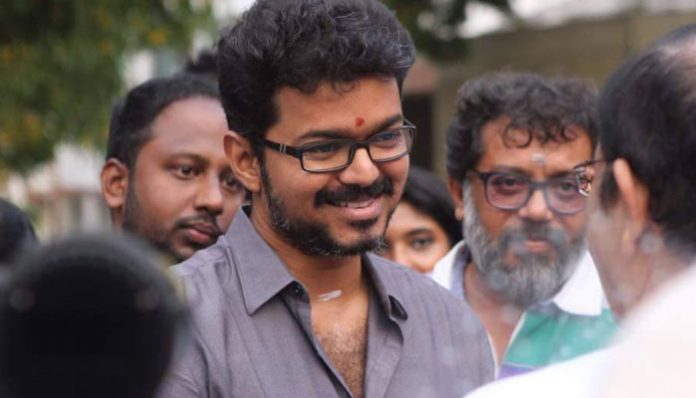 Actor Vijay was roped to play the lead in The Thenandal production’s historical film. But the actor refused to do the movie as his previous historical fantasy movie ‘Puli’ was not successful. Later on the actor signed to do his 61st movie with Thenandal Production. For this movie he has suggested to use his previous film director Atlee. But the story which Atlee had was not that satisfying to Vijay.

So the actor suggested Atlee to meet the famous screenplay writer K V Vijayendra Prasad, the father of Baahubali director S S Rajamouli. Vijayendra Prasad has penned the story for many hit movies, his recent work Rajanna also was a big hit. Thus Atlee has narrated his story for Vijay61 to him and the writer has made the required alteration to the story. The final story after Vijayendra Prasad’s intervention has been liked by Vijay. For this work the Thenandal productions has paid a good sum to Vijayendra Prasad.