Vijay Sethupathi’s next with Renigunda director and AYM heroine 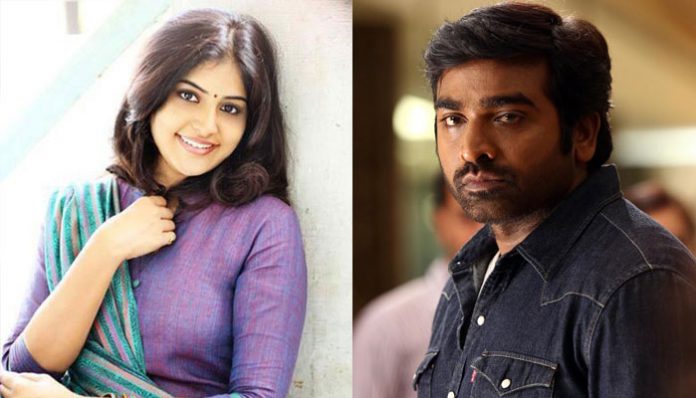 Vijay Sethupathi’s latest release Rekka, is his sixth movie in 2016. With this bulk number of movies the actor hasn’t stopped his signing phase. He is currently busy in shooting his next film with T Rajendran in K V Anand’s direction. This upcoming flick is going to be political thriller, in which Madonna Sebastin will reunite with Vijay Sethupathi. Its also said that Vijay Sethupathi would play an IT employee in this flm.

Next to this film he has also signed another movie to be directed by Panneerselvam, the Renigunda director. This upcoming film of Vijay Sethupathi and Panneerselvam will be bankrolled by A M Rathnam. Initially Keerthy Suresh was on talks for the female lead, but as the actress is busy with Vijay’s Bairavaa and Suriya’s Thaana Serntha Kootam, Manjima Mohan is in the project now. She is the heroine of Simbu’s Achcham Enbathu Madamaiyada. The film will be on floors when Vijay Sethupathi completes his K V Anand project.