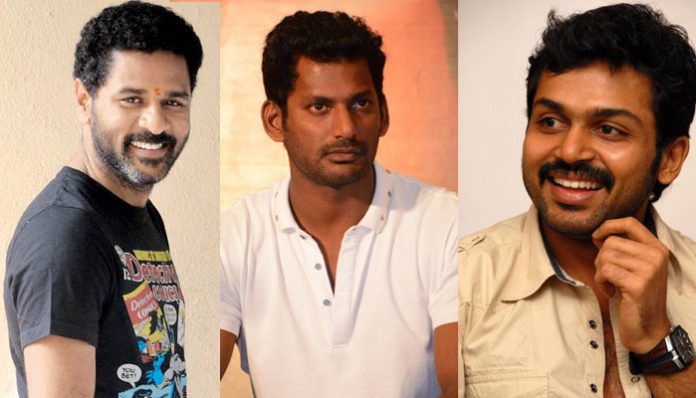 The choreographer, actor and director Prabhu Deva got busy in Bollywood after his directional venture Vedi. After a gap of around five years he gave a comeback as actor in Tamil with the trilingual Devi(L). Now this multitalented Prabhu Deva is to give his directional comeback with two famous stars of the industry.

Interestingly this movie is titled as ‘Karuppu Raja Vella Raja’, there is also a buzz that this movie will be a remake of Inaindha Kaigal. Isari Ganesh is to produce this movie and the musical score will be by Anirudh or Harris Jayaraj. The shoot of the movie will begin when both the heroes are free from their own commitments. As Prabhu Deva, Vishal and Karthi have good fan fall in Tollywood, they have planned to make the movie in Telugu also.