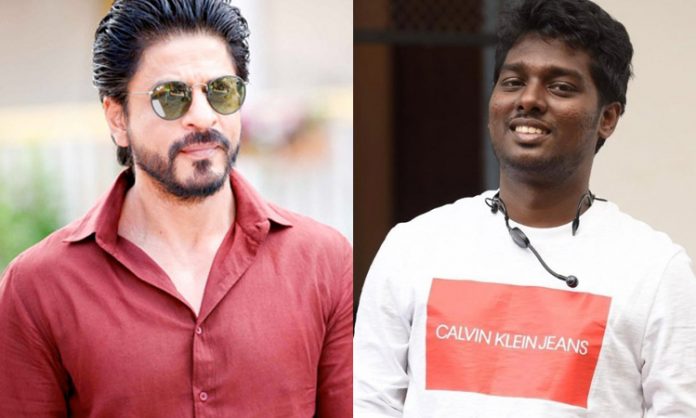 The news of the young director Atlee of the Tamil Field is going to direct the ever young Bolly wood star Shah Rukh Khan, is making rounds for almost two years around the industry. And it was even said that the project has been dropped already.

But, it is confirmed now that the project is alive and that the actor is playing a dual role in the movie. When Shah Rukh Khan visited Atlee, at his office at Chennai, in 2019 August, the buzz became loud, raising the curiosity of the fans.

And it is said that the actor has given his OK and Atlee has started the preproduction works of the movie already. The shoots are said to begin by August and the announcements are expected soon.

Meanwhile Shah Rukh Khan, after his voice work in the Hindi version of ‘The Lion King’ and the cameo role in Aamir Khan’s ‘Laal Sing Chaddha’, is presently in the sets of his upcoming movie, ‘Pathan’.

And there are rumors that Atlee is joining with Vijay in ‘Thalapathy 66’, which will be their 4th collaboration, if the rumors turn true.