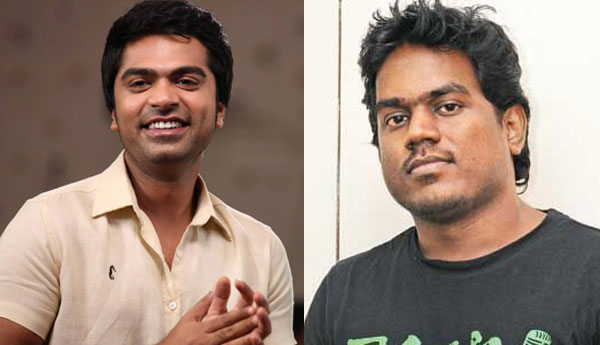 Simbu and Yuvan Shankar Raja’s hit combo is again going to reunite for Simbu’s next ‘Anbanavan Asaradhavan Adangadhavan’ (AAA). This movie is being directed by Adhik Ravichandran and news say that Simbu is going to appear in three different getups. And the selection of the rest of the cast is going on.

Also its revealed that Yuvan is committed for the movie to be directed by Amir, he has approached actor Arya for this movie, as his subject needs a well built strong personality. It is said that the filming will start after Arya finishes his project ‘Kadamban’ with N Ragavan.

Recently Yuvan’s music for Vijay Sethupathi’s ‘Dharmadurai’ and lyricist Vairamuththu is penning the lyrics for Yuvan’s music, the songs are now trending. And the magic of Dhanush and Yuvan is again going to happen for the song ‘Solli Tholaiyen Ma’ in the movie Yakkai. Also Yakkai, Tharamani, Dharmadurai, Peranbu, Chennai 600028 and Yennai Nooki Paayum Thota of Yuvan’s music are lined up to be released.