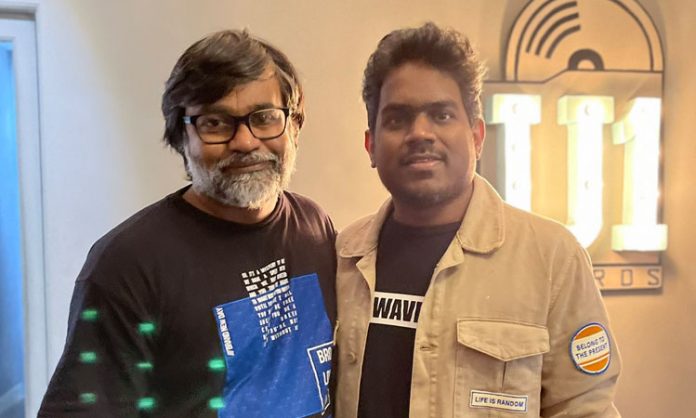 Yuvan Shankar Raja is scoring the music for the new movie of Selvaraghavan with Dhanush, confirmed by the director in his Twitter page.

Earlier it was announced that Dhanush was doing 3 movies with producer Kalaipuli S Thanu, ‘Asuran’, ‘Karnan’ and the movie with Selvaraghavan. And Selvaraghavan himself was giving the updates of his movie with his brother.

Early this month, Selvaraghavan tweeted that it is always something special to work with Dhanush and that gave a confirmation on the movie that the siblings are joining together. After few days he tweeted with his snap standing by the camera stating ‘at the preparatory works’. At that time, it was informed that the selection of the cast and crew was on.

And now, Selvaraghavan has given the next important update of the movie that Yuvan Shankar Raja is joining with him in this movie and it is the 8th time the pair is joining together. Earlier, Shan Roldan was told to be scoring the music and now it is cleared that it is Yuvan who is doing the music.

Most of the songs in the combination of Yuvan and Selvaraghavan were hits and this message has made their fans very happy.

The filming of the Dhanush’ movie 'Karnan’, directed by Mari Selvaraj, is completed and the post production works have started. The movie is produced by...
Read more
News

The upcoming movie of Ajith with director H Vinoth is ‘Valimai’, which is expected to be in theatres for the Pongal festival. But due...
Read more
News

The selfie, tweeted by Vijay from the sets of ‘Master’ in February, has emerged as the tweet which is retweeted for the maximum number...
Read more
News

The filming of Superstar Rajinikanh’s ‘Annaatthe’ was postponed, on detecting Corona positive for 4 crew members at Hyderabad. It is informed by the producer,...
Read more
News

Twitter India has launched a dedicated emoji to the most awaited movie of Vijay, ‘Master’. The special emoji is launched on the New Year...
Read more
News

‘Indian 2’, the sequel of the 1996 blockbuster ‘Indian’, in the collaboration of Kamal Haasan and director Shankar, was planned long back, in 2015....
Read more