Vishal to compensate for the losses to Action producer 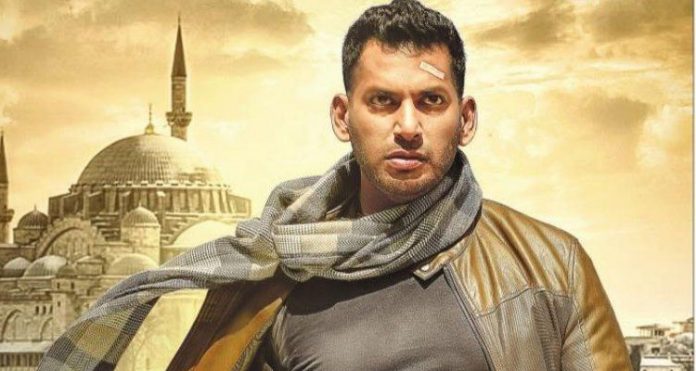 The movie Action, released last year in the middle of November was not successful on Box office and rather went in loss. Vishal and Tamannaah playing the lead roles and supported by Aishwarya Lekshmi, Ramki, Yogi Babu, Akanksha Puri, Chaya Singh, Sayaji Shinde and many others. Directed by Sundar C and produced by R Ravindran of Trident Arts.

The producer had made the action entertainer movie in an exorbitant budget of more than 40 Crores as the Vishal assured compensation if the movie doesn’t bag at least 20 Crores in the 3 states. But after the release, the movie received average and less than average reviews from various leading journals and bagged only around 12 Crores in the 3 states.

Now the producer Ravindran filed a case in Madras High Court against Vishal to compensate the loss. After hearing the case, the court had ordered Vishal to provide a guarantee of around 8 Crores to the Producer. Also it seems that, Vishal is in a fix that he can’t release his upcoming film Chakra without settling the issue.