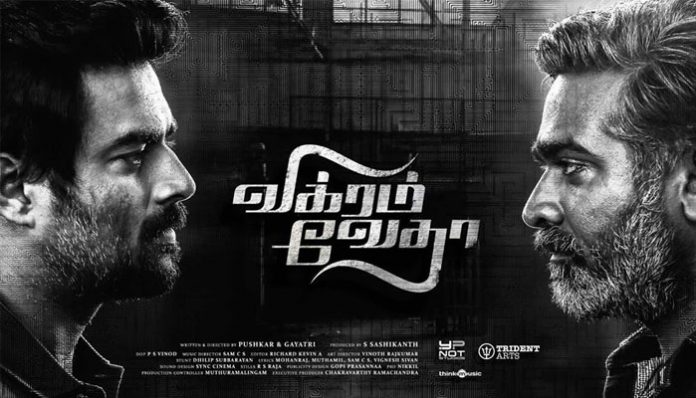 As we already know that Vikram Vedha movie which was released in 2017 was a huge success and was greatly appreciated by the audience and critics, also there was a talk that the movie is to be remade in Hindi.

The Bollywood version of the movie is also to be directed by Pushkar Gayathri, Aamir Khan is to produce the movie under his own production house, also he is to do Vijay Sethupathi’s character and Saif Ali Khan is to do Madhavan’s character. It seems that Aamir Khan has suggested some changes in the script, and directors Pushkar Gayathri and their team are working on it.

Meanwhile actor Amir Khan has met Vijay Sethupathi and discuss about the execution of the character “Vedha”, where Aamir Khan was impressed by the approach and ideology of Vijay Sethupathi. Now both the actors are acting together in a bollywood movie “Laal Singh Chaddha” and Kareena Kapoor is doing the female lead character.

This movie is based on the Hollywood movie “Forrest Gump” which was released in 1994. Laal Singh Chaddha is also been produced by Aamir Khan’s own production house and it is scheduled to be released on the 2020 Christmas Eve.