Home News Vijay Sethupathi’s SangaThamizhan gets his own title
News

Vijay Sethupathi’s SangaThamizhan gets his own title 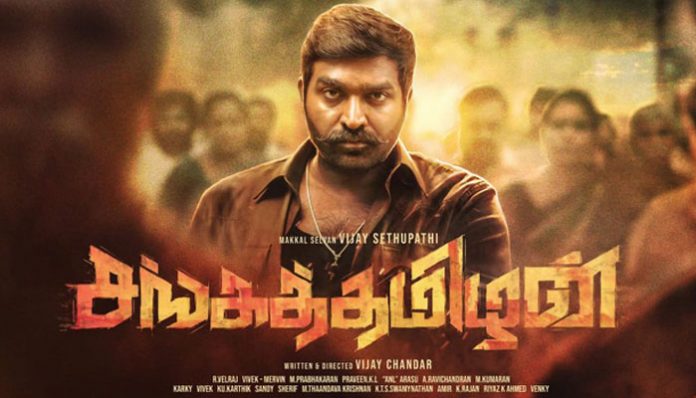 Sangathamizhan movie: After Sindhubaadh, Vijay Sethupathi’s next release in Tamil is going to be Sanga Thamizhhan. The movie features Rashi Khanna, Nivetha Pethuraj, Ananya , Soori, Nassar. Music of the movie is done by Vivek – Mervin, camera handle by R. Velraj, directed by Vijay Chandar and produced by Vijaya Productions.

Vijay Setupathi has gained many Tollywood fans through Chiranjeevi’s Sye Raa Narasimha Reddy, and now Vijay Sethupathi has got committed for few more movies in Telugu. Some sources are saying that he is acting a movie in combo with Allu Arjun.

Now, Sangathamizhan team has planned to release the movie in Telugu also. The interesting fact in this is, the Telugu version of the movie is titled as “Vijay Sethupathi”. The movie will be released in both Tamil and Telugu on November 15th.

Hope this movie goes well in both the languages.

‘Thalapathy 65’, latest update is that cinematographer Manoj Paramahamsa, joins the crew. The next movie of Vijay, after ‘Master’, is ‘Thalapathy 65’, written and directed...
Read more
News

‘Mudhalvan’ released in 1999, was the blockbuster of director Shankar, one of the top filmmakers of the South. The film featured Acting King Arjun...
Read more
News