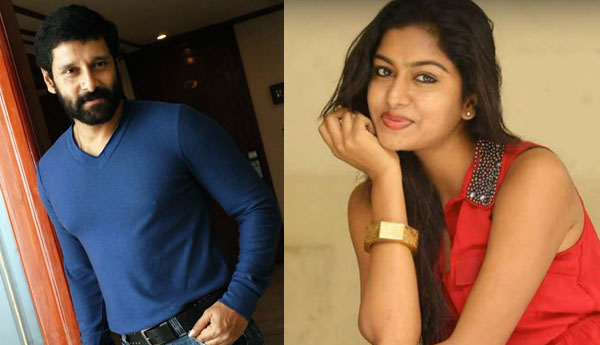 Actor Vikram, popularly known as Chiyan Vikram is now busy in his daughter’s wedding arrangements. Vikram’s daughter Akshita is getting engaged with Manu Ranjith, the great grandson of M. Karunanithi, the chief of DMK party.

Hearing this news most of the Vikram Fan’s may wonder that, whether he has a daughter in marriage age. It seems that the couples Akshita and Ranjith were in relationship for a long time and finally the couple has decided to get married. Manu Ranjith is the son of Ranganathan, founder of Cavin Kare and grandson of M Karunanithi.

The Engagement will be on 10th of this month at a Star Hotel in Chennai, which will be in a simple manner where only people from close circles are invited. The marriage is planned in the next year.