Thala 57 starts with a Pooja 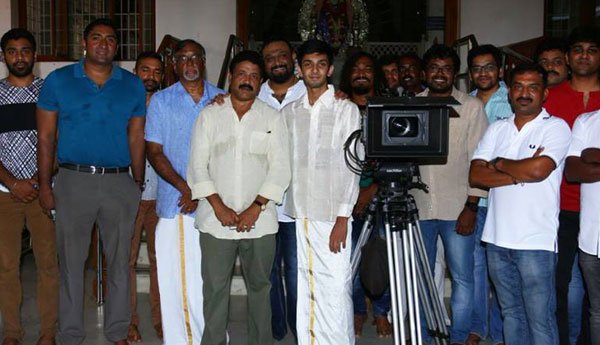 Ajith’s next movie Thala 57 began with a formal Pooja today, has created a lot of expectations which will be directed by Siruthai Siva and produced by Sathya Jyothi Films. Anirudh Ravichander is doing music for the movie. Anushka is doing the female lead role whereas ‘Iruthisutru’ fame Rithika singh is doing an important role as a police officer.

In this movie the outlook of Ajith will be same as that in Billa, news also says that Ajith is doing the role of an Indian Secret Agent. And the film is featured as an action thriller. Most of the movie is to be shoot in European countries like France, Germany, Georgia and Palkeriya.

After the official announcement of the film there was a delay because Ajith is on a break for about six months, since he has undergone surgeries in his knee and shoulders. Now the actor  is recovering fast and hope he will be back to form within few weeks.

The team has decided to commence the shoot by August 1st week. And the release of the movie is planned for Tamil New Year, April 14th 2017.