HomeNewsTrisha or Shriya to join Simbu for AAA
News

Trisha or Shriya to join Simbu for AAA 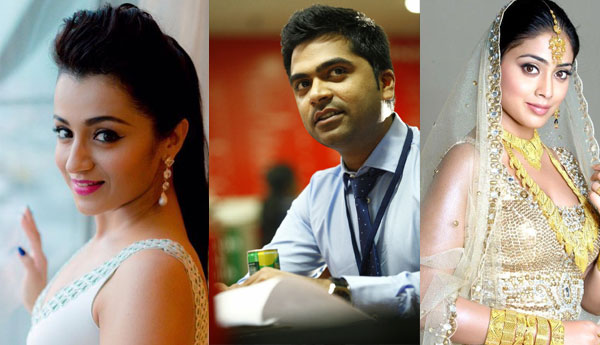 Anbanavan Asaradhavan Adangadhavan is the next upcoming project of simbu which is directed by Adhik Ravichandran. Yuvan Shankar Raja is composing music for the film. It’s said that he has already complete three sound tracks. And the songs are very much liked by Simbu.

I this movie Simbu is going to play a triple role where he is going to play the father as well as the son. Discussions are going on with Trisha and Shriya to pair up with Simbu. In which Trisha has paired with Simbu for two movies ‘Aalai’ and “Vinnai Thaandi Varuvaya’. But Shriya hasn’t worked with Simbu yet.

Recently Shriya gave a guest appearance for the movie ‘Thozha’. And ‘Rowdhiram’ is the last movie Shreya played the lead role. If Shreya accepts this it will be a good comeback for her. Also Simbu and Shreya will form a fresh onscreen pair.

Its aired that actor Simbu is not much cooperative and punctual to the shoot. The shoot of this movie is planned to commence by August. Also in a recent interview Simbu has revealed that ‘AAA’ is not a movie meant for Children and Families. This is a frank statement that no actor would admit.