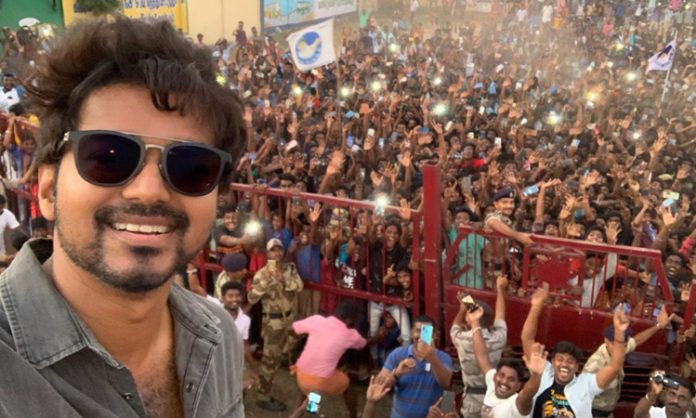 The selfie, tweeted by Vijay from the sets of ‘Master’ in February, has emerged as the tweet which is retweeted for the maximum number of times in India. And it is officially declared by Twitter India in its Official Twitter page as ‘2020 Most Retweeted Tweet in India’ on 8th December.

The filming of the movie ‘Master’ was carried out in Delhi, Chennai and Neyveli, while Vijay was in the shoots at Neyveli, an IT raid was conducted in his Chennai residence. And Vijay was called back from the shoots to Chennai for an enquiry as a part of the investigation.

After returning back to the shoot at Neyveli, more number of fans crowded the shooting spot to see Vijay and he took a selfie with the enthusiastic mass of fans, by standing on a vehicle. He posted the selfie in his official twitter page with a note ‘Thank you Neyveli’ and it has gone viral. It was retweeted by not only the fans, but also many celebrities.

By now the tweet is retweeted over 1.5 lakhs times and received over 3.75 lakhs Likes. It seems because it shows that Vijay is not disconcerted due to the disturbance and also his popularity to his detractors.

Actor Sivakarthikeyan has completed his parts of Nelson Dilip Kumar’s ‘Doctor’, with his dubbing, by February 1st and has thanked the director and the...
Read more
News

There is a buzz that Vijay may join director H Vinoth after ‘Valimai’. Ajith’s upcoming movie ‘Valimai’ is produced by Boney Kapoor and written and...
Read more