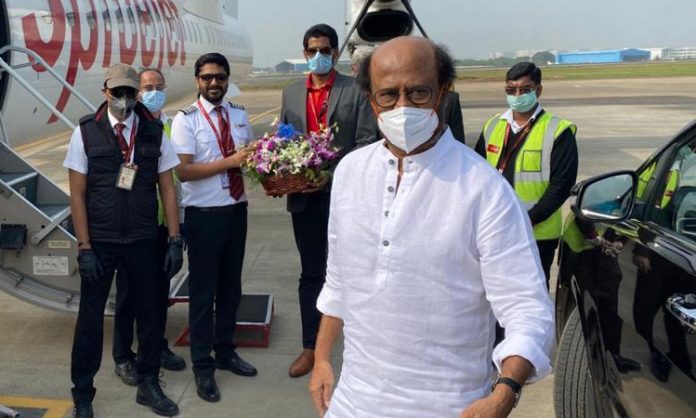 The filming of Superstar Rajinikanh’s ‘Annaatthe’ was postponed, on detecting Corona positive for 4 crew members at Hyderabad. It is informed by the producer, ‘Sun Pictures’ in their twitter page.

The shoots of the movie, which had started in December 2019, resumed after the pandemic on 14th of this month at the Ramoji Rao Film City, Hyderabad. The filming of the movie was going on in full swing to windup early, for freeing the Superstar for his political activities.

All precautionary measures against the pandemic were taken, including routine checks of the crew members for the Virus. And during the check on 23rd, it was found that 4 of the crew members had tested corona positive. Fortunately Rajinikanth and the important actors have tested negative; still they are isolated safely at the city.

On this incident, he producers have stated in their twitter page that 4 of the crew members have tested positive for Corona virus during the routine check and the Superstar and other main crew members are not affected. And they have declared that the filming of the movie is postponed to ensure utmost safety of the crew.

A matter to be much worried and the Assembly Elections are not far away.