Vijay warns his father’s party against misusing his name 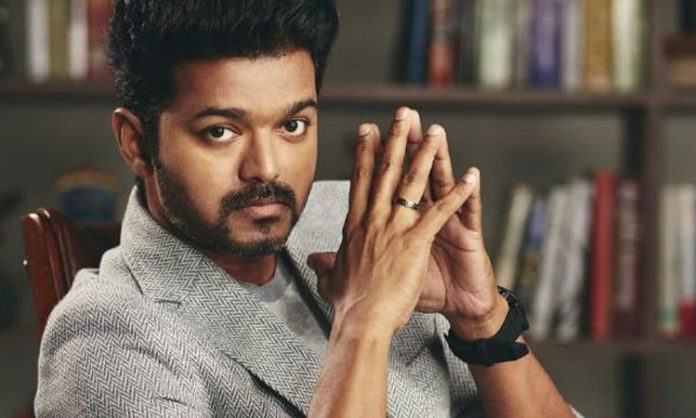 The news on last week about the new political party registered in the name ‘All India Thalapathy Vijay Makkal Iyakkam’ created a furor in Tamil Nadu as the Assembly elections are nearing.

As Vijay’s political entry was long expected one  and more discussions about the current political issues in Vijay’s recent movies like ‘Mersal’ and ‘Sarkar’, created an expectation that Vijay is in the background of this party registration.

Vijay’s PRO denied the news immediately and reports emerged that the registration was done by S A Chandrasekar who accepted that he has done it for getting a recognition to the Fans’ Association members who are doing lot of Social service in Vijay’s name. Also he accepted that it is not Vijay’s political party.

Regarding this unexpected happening, Vijay has issued a strong statement that he has no connection with the new party and he would not be bound by any political activities undertaken by his father through this party. Also he urged his fans not to join or work for the party. And he concluded his statement with a strict warning that unauthorized usage of his and his organization’s name will lead to serious actions.