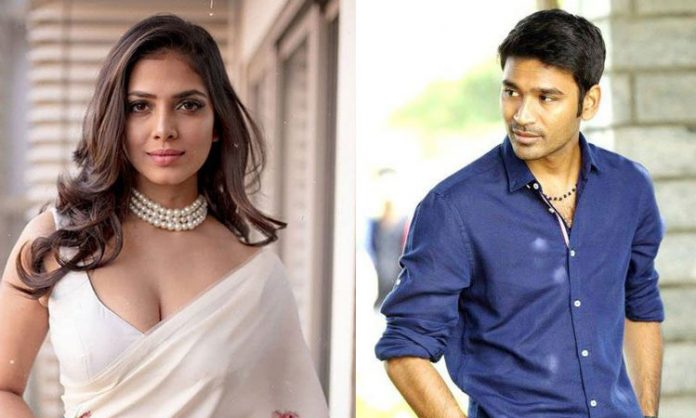 The filming of the action thriller, ‘Jagame Thandhiram’ is said to be completed and awaiting release after the reopening of the theatres. ‘Karnan’ filming is on and ‘Atrangi Re’ is a Hindi romantic drama in which Dhanush is sharing screen space with Akshay Kumar and Sara Ali Khan.

After these, Dhanush is committed for another new movie of ‘Sathya Jyothi Films’ who produced ‘Pattas’. The movie is directed by Karthik Naren and the filming is not yet started. The latest news on the movie is that Malavika Mohanan who paired Vijay in ‘Master’ is going to pair Dhanush in this movie.

Malavika Mohanan, the daughter of the Film fare Award winner and Kerala State Award winner Cinematographer K U Mohanan, is said to have put a request to Dhanush while wishing him on his last birthday in July, that she is eager to act with him. She seems to be very lucky that her wish is getting fulfilled so early.