Vijay Sethupathy as a cop in his 46th movie, by Ponram 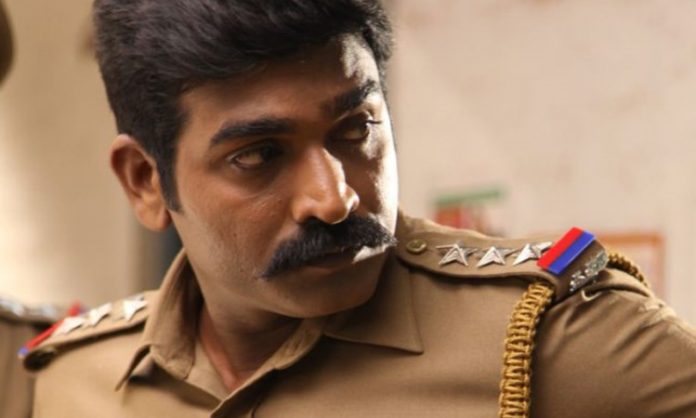 In February, there was news that director Ponram is joining with Vijay Sethupathi in his next movie to be started in March. And the director has officially announced the movie now, along with a video.

Director Ponram, who started his carrier with Sivakarthikeyan’s ‘Varuthapadatha Valibar Sangam’, in 2013, continued with the actor for his next two movies. And the director teamed up with Sasikumar for his fourth directorial, ‘MGR Magan’, which is said to be complete, and ready for release in April.

The director’s fifth venture is announced with Vijay Sethupathy and it will be the 46th movie of the actor. The video, released by the director, displays a police vehicle, cap and medal, indicating the actor is playing a cop in the movie. Also it displays a dagger which is said to be of important part of the screenplay. It is to be noted that, Sethupathy, on his birthday in January, used a dagger to cut the cake and said that it has some connection with his next movie of Ponram.

After the movies, ‘Sethupathi’ and ‘Chekka Chivantha Vaanam’, Vijay sethupathy is playing a police officer again, in his 46th movie with Ponram.