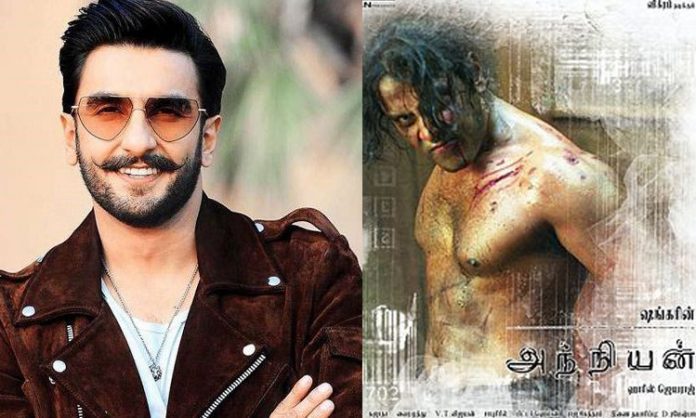 Director Shankar’s last directorial was the science fiction film, ‘2.0’, released in November 2018 and was a blockbuster.

After ‘2.0’, Shankar started his next grand project, ‘Indian 2’, which started rolling in January 2019 and was interrupted due to various reasons at various times and, could not resume after the pandemic. It was said that ‘Indian 2’ will resume after the April, Tamil Nadu Assembly Elections, but the director has started the works of his new Telugu movie with Ram Charan, produced by Dil Raju.

At this critical situation, there is news that director Shankar is joining with Ranveer Singh for the Hindi remake of the farmer’s 2005 super hit ‘Anniyan’, starring Vikram. ‘Anniyan’ had received many awards, including a National Film Award and 8 Film fare awards South. The film was simultaneously dubbed and released in Malayalam, Telugu and Kannada and after a year in Hindi. All the versions were great success, except the version in Hindi.

The director is remaking the movie in Hindi now, with Ranveer Singh reprising the role of Vikram. It is also said that Shankar will start the remake, soon after he finishes the Telugu movie, and the chances of resuming ‘Indian 2’, is fading day by day.