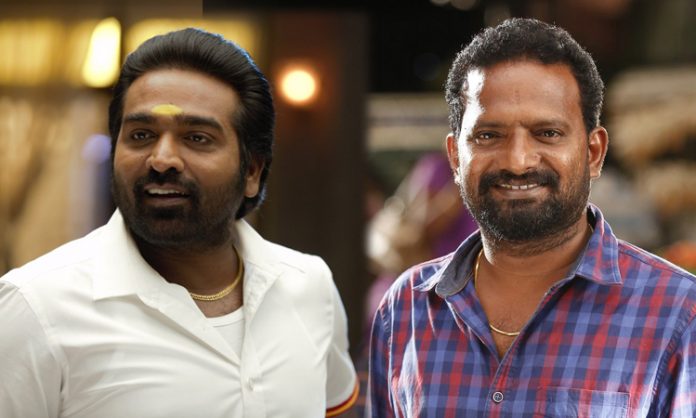 Director Ponram debuted with Sivakarthikeyan’s ‘Varuthapadatha Valibar Sangam’, in 2013 and followed with another two movies with the same actor. Out of the three movies, including ‘Rajinimurugan’ and ‘Seemaraja’, the first two were Box office hits with mixed reviews. Most of the critics have come together to accept they were good entertainers.

The third one, ‘Seemaraja’, released in 2018, received below average reviews and was a failure. Following this, director Sasikumar joined with Ponram for his fourth movie.

Mirnalini Ravi, Sathyaraj and Samuthirakani are costarring with Sasikumar in the movie named ‘MGR Magan’ and is ready for release. The movie is said to be released in theatres, this year.

And Vijay Sethupathi is starring in Ponram’s next venture, which is also said to be a rural entertainer as the director’s previous movies. And the latest news on the new movie is that it is going to be produced by the ‘Sun Pictures’, who is the maker of Super Star Rajinikanth’s ‘Annaththe’.

And obviously the movie is going to be a grand one with the big producer, increasing the expectations on the movie.