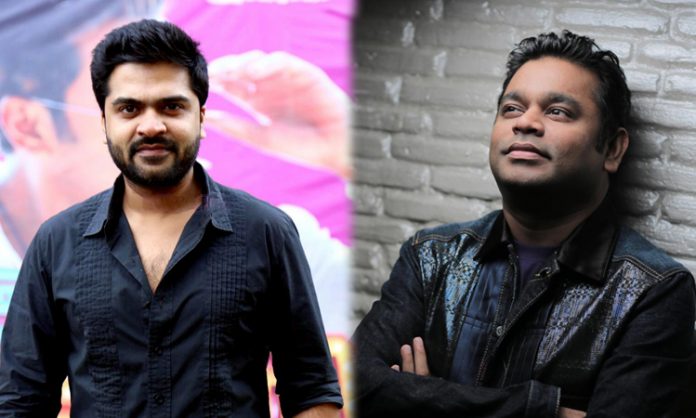 Oscar winner, AR Rahman had composed the music for Simbu movies like ‘Vinnaithandi Varuvaayaa’ and ‘Achcham Yenbadhu Madamaiyada’ and joining again with Simbu in ‘Pathu Thala’.

‘Mufti’ is the 2017 released Kannada movie, written and directed by Narthan starring Shiva Rajkumar, Srimurali and Shanvi Srivastava. The film received positive reviews and was a commercial hit.

The remake of the movie by ‘Studio Green’, starring Simbu and Gautham Karthik, was announced in 2019 and started rolling in the same year, with Narthan directing the remake also. The filming was interrupted soon, due to some conflicts between the Producer and Simbu.

The conflicts were resolved and the movie was announced restarting, in October 2020, with director Krishna, as Narthan dropped out due to the delay.

On 24th December 2020, the title of the movie is revealed by 10 top directors as ‘Pathu Thala’. As per the announcement, the team is the same of the ‘Mufti’ remake, but it seems the new movie doesn’t have any connection with ‘Mufti’. The movie is said to be a crime thriller, based on the southern district, Kanyakumari, of Tamil Nadu.

‘Isai Puyal’ AR Rahman is scoring the music of the Simbu’s movie and the friendship of director Krishna and ARR might be the reason behind this.