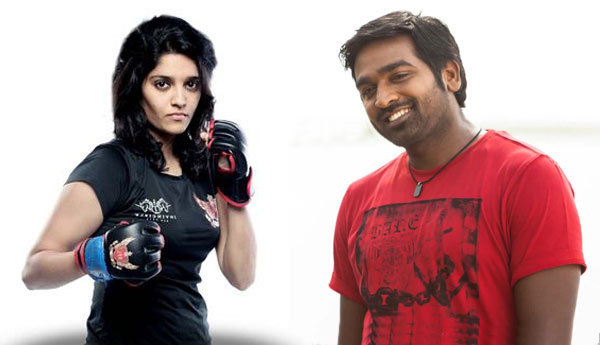 Now she is doing female lead in the movie ‘Aandavan Kattalai’ with Vijay Sethupathi as the male lead. This movie is directed by Kaaka Muttai fame Manikandan. CN Anbu Chezhiyan’s Gopuram Film is producing the movie.

In a recent interview Ritika said that, in the initial days of shoot Vijay Sethupathi looked very serious and so she hesitated to talk with him. But later she found him very friendly and jovial. And he has helped her to learn Tamil by giving some tips. Vijay Sethupathi has suggested her to watch Tamil movie with subtitles, and this has helped her a lot in learning Tamil soon.

Also the news from the shooting spot says that, Ritika is learning Tamil quickly and it seems soon she may dub her movies. And news is heard that she has signed another Tamil movie.