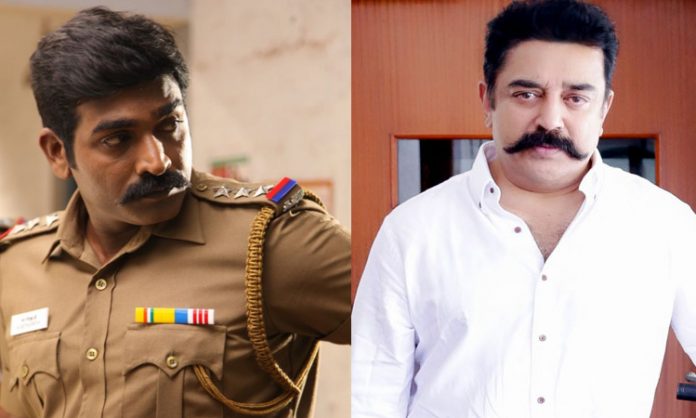 Vijay Sethupathi is said to be joining the cast of the upcoming action thriller, ‘Vikram’ starring Kamal Haasan and directed by Lokesh Kanagaraj.

The project of the movie started in September 2020 and the title ‘Vikram’ was unveiled in November 2020. Composer Anirudh, Lens man Sathyan Sooryan and Editor Philomin Raj are the prime crew members of the movie, which is produced by the ‘Raj Kamal Films International’. Along with the key actors Prabhu Deva and Arjun Das, Fahadh Faasil was announced as the antagonist to Kamal in the movie.

The latest update of ‘Vikram’ is that Vijay Sethupathi is also playing an antagonist in the movie. Vijay Sethupathi has confirmed that he was approached for the role in the movie, but his decision is not yet finalized. He says that he has to check his dates for the movie and also he feels that his presence in the movie should have some good impact, otherwise it’s meaningless.

The actor also agrees that he is concentrating on negative roles in the recent movies and he wants to explore on the dark side of the human nature, which he can’t do in the real life. And he also wants to portray a different negative role, from his roles in ‘Master’ and ‘Uppena’.